Massimo Pigliucci discusses, over at The Philosophers’ Magazine online, a recent paper I wrote together with Alex Mesoudi (“If we are all cultural Darwinians what’s the fuss about? Clarifying recent disagreements in the field of cultural evolution”, open access here), in the context of a more general meditation on the opportunity to consider culture as a Darwinian process.

Pigliucci’s assessment of our paper is quite generous and his (skeptical) position about the “darwinization” of culture is, from my perspective, completely justified (I am not convinced by the way-too-easy claims of “everything evolves!”, such as here, mainly because it seems to me that broad conceptions of evolution tend to have less explicative power). In fact, he actually argues that “it is still very much an open question whether we can develop a coherent Darwinian theory of cultural evolution” and this will depend on how researchers in cultural evolution will be able to face a series of challenges, which, again, seems to me pretty fair.

Two of the challenges are explored in some length in Pigliucci’s article. The first concerns the fact that cultural inheritance is not as faithful as biological inheritance, and, in addition, when it looks like it is, it might be at times in virtue of different causal mechanisms, i.e. not hi-fi transmission but convergent reconstruction. This is basically the theme we explored in the paper above, so I will not go into details here, suffice to say that my position is that, yes, this is true and important, but it does not invalidate the idea that culture evolves, in a quite restrictive sense (including, for example, the notion of cultural selection).

The second challenge, more troublesome in Pigliucci’s account, is the notion of cultural fitness. Quite…ehm…fittingly, a paper from Grant Ramsey and Andreas De Block has just been published in The British Journal for the Philosophy of Science exactly on this topic and it is a good read for anyone interested (here an un-gated preprint). Ramsey and De Block defend both the necessity of the notion of cultural fitness – against the idea that cultural evolutionary theory should go without it – and its coherency – against the idea that the whole cultural evolution enterprise risks to fall to pieces as the concept is “hopelessly confused”.

However, they do not touch directly the main worry of Pigliucci. The problem he focuses on is how to avoid a circular definition, for which the cultural traits that survive are the fittest, and vice versa. Circularity has been claimed being a problem for the notion of biological fitness too but, according to Pugliucci:

(Biological) Darwinism […] avoids the charge because of something called functional ecology. We don’t just say that, for instance, the similar body shapes of fast swimming animals — be they fish or mammals — evolved over and over because they were fit. We have testable explanations, based on hydrodynamics, for why they were fit, and indeed fitter than possible alternatives. We don’t just say that plants capable of storing water in their modified leaves (so-called “spines” in cacti) are fitter in a desert environment. We know why they are fitter in those environments when compared to normal leaves and water storage organs present in plants from other environments.

Is it possible to do something analogous for culture? To me, the answer is a resounding yes. My suspect is that the skepticism towards the possibility of avoiding circularity in the notion of cultural fitness is tied to the belief that social influence is an all-compassing, quasi-automatic force, mainly independent from the content of what is transmitted. Sure enough, many cases of cultural success look like this. Musical hits come and go, and sounds odd to think that the song currently at first place in the BBC top-40 singles has higher fitness than, say, the one in the tenth position. Dog breeds that appear in movies become more popular, but what does it mean to say they are more fit?

However,  even for music, it seems reasonable to think that some features are, comparatively, on a large historical and geographical scale, more successful, and I would not have problems to say they have higher fitness than other features. Their success, in the music case, can be tied to group coordination, to universal components of human psychology / physical characteristics of the auditory system.  Then, these features combine with plenty of local constraints (including a lot of randomness) producing the diversity and variability of musical success we actually observe. But this is, I suspect, what happens for biological success too.

The same example used by Pigliucci is in fact a good case in which one can talk of cultural fitness. Olivier Morin explains the success of direct-gaze portraits in two different artistic traditions – Renaissance Europe and Korean portraits – not as an accidental product of social influence (or not only as an accidental product of social influence), but as a consequence of the fact that direct eye-gaze has been experimentally shown being more cognitive appealing, attention-catching, than averted eye-gaze.  To paraphrase Pigliucci: 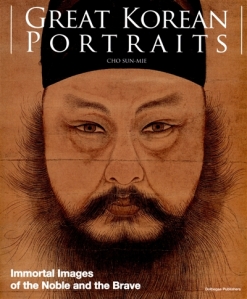 This is far from being an isolated example of research in cultural evolution. As Alex Mesoudi commented on Twitter,  content-based biases (in cultural evolution jargon, factors that favour the success of cultural variants due to their inherent features, such as the presence of direct-eye gaze) are good candidates as non-circular components of fitness of cultural traits, provided that one can “externally” validate them. The main message of the work of cognitive anthropologists like Dan Sperber, as I read it, is exactly this one. In sum, creating an analogous of “functional ecology” for cultural evolution is certainly, as Pigliucci recognises, a challenge, but in fact a quite exciting one, and completely coherent with the research program in cultural evolution.

Morin, O. (2013). How portraits turned their eyes upon us: visual preferences and demographic change in cultural evolution. Evolution and Human Behavior, 34(3), 222-229.

Ramsey, G., De Block, A. (2015). Is cultural fitness hopelessly confused?. The British Journal for the Philosophy of Science, axv047.

6 thoughts on “The trouble with cultural fitness”